A Strong Message to Businesses 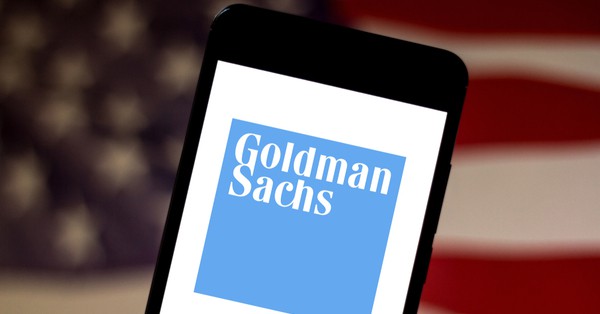 Andreas Wilderer shared his insights on gender equality for a news article published in HR Technologist, world’s leading source of HR Technology news, research and expert views. Below you can read the full article which can also be accessed via this link.

Goldman Sachs’ CEO stated that he would not take any company public before securing ‘at least one diverse board candidate’. We explore the implications of such a move.

David Solomon, CEO, Goldman Sachs, went on record on Thursday, 23rd January 2020 stating that the investment banking and securities management firm would only take companies public on the condition that they have a gender-diverse leadership team. He stressed the need to have women on the board and stated at the World Economic Forum in Davos, Switzerland that: “I look back at IPOs over the last four years and the performance of IPOs where there’s been a woman on the board in the U.S. is significantly better than the performance of IPOs where there hasn’t been a woman on the board.”

What is to begin as a tester-qualification criterion in the U.S. and Europe from July 2020 with “at least one diverse board candidate” would be increased to two board seats in 2021 with a vision to infuse leadership teams with more diverse perspectives.

From Debate to Practice

This is an important moment in the gender equality conversation, especially with regard to more conscious corporate governance. In our current environment, it is surprising to see that according to most sources, women still hold less than 20% of board seats in S&P 500 Index companies.

Andreas Wilderer, author of Lean On: The Five Pillars Of Support For Women in Leadership, speaking exclusively to HR Technologist said that “For me, this effort seems not like a push for something new and doing something right but trying to catch up with what is happening already around us. Goldman Sachs should have pushed to say we only support IPOs with a board that has at least 30% or 40% diversity. Goldman Sachs’ board has 4 women out of 11 people so that is 36%. Why not put the same standard on other companies as they have for themselves?”

Wilderer is of the opinion that companies with power like Goldman Sachs have the responsibility to fight for gender equality.

While increasing the numbers has been an ordeal and promises to be so even in the years to come, changing the statistics may be a lot easier than changing the mindset that is manifested in these percentages. Organizations need to catch on and catch up to the conversation that is evolving beyond having women in leadership roles simply in service of the diversity checklist.

How Can Organizations Be More Inclusive?

How can organizations move towards becoming more organically inclusive irrespective of whether they are going for an IPO or not? Here are three actions points to shift gears into greater diversity:

The idea is to get all groups comfortable with their own place in the equation. Being inclusive should not be treated as a sacrifice with regard to organizational goals but as a genuine way to encourage a thriving ecosystem.

On the Path to True Change?

With a firm like Goldman Sachs, an established front-runner in the execution and management of IPOs, putting the diversity criteria in place, organizations could be charged with renewed vigor to value diversity. The move underscores the importance and value of inclusiveness

Wilderer says that unconscious bias and equal pay are the biggest challenges to establishing an inclusive environment. “When we look at the entry-level hiring of most companies”, he says, “the male-female ratio is at a good starting point. Unfortunately, stepping up the ladder, this ratio gets more unbalanced.” It is not the shortcoming in the abilities or performance of females and other “diverse candidates”, but how they are rated in their work and with what biases they are promoted.

Are organizations ready to be organically inclusive? That is a question that must be pondered in workforce planning and management. After all, including women on the board, for example, or being more conscious of ethnic differences, more understanding of sexual orientation or preference differences, or understanding socioeconomic differences in backgrounds, just makes better business sense!

Would organizations still work towards more diversity on their boards if it was not an IPO requirement?